“Boobs, Bums, Football, Beer,
PHWOAAAARRRR, Did you see the melons on that…”

It’s all sex, sex, sex with blokes isn’t it?

It actually isn’t.
It’s the women!

Have you ever watched a group of women when there’s a male stripper? (Dear GOD in heaven that’s a scary thing…)

Like wild hyenas on crystal meth clawing at the poor chap – nerves of steel, those boys…

But for women Male Strippers are not sexy. They are just fecking HILARIOUS.

When men go to see a stripper…it’s a bit different.

They tend to be rather quiet.
I would even say…’focussed’. Nothing funny there – rather serious business of boobs and bums.

And whatever you think of strippers
(personally, I don’t like it at all, male or female, but I am a bit odd in general)
It is what it is…

Just different for men and women.

In the same way,
straight married women talk about sex is different.

They talk about it a lot.
The things I could tell you about what goes on in our FB groups…

(but of course I wouldn’t as it’s Top Secret, and the language probably wouldn’t get through your spam filters)

And there is of course the fair share of “Tom Hardy” – he’d get it.. but mostly it isn’t like that.

This week the theme in LadyLand has been TIREDNESS
Particularly those with LITTLE children.

Mostly it is the…

“I’m so knackered, I just can’t face it”,
“Why does he think I would want that after the day I’ve had?”
“The children go to bed and he is waiting to jump me…”
“Oh I feel too fat and fed up for any of that”
“I just pretend to be asleep”
and so on.

And these husbands just want to bump ugglies with the missus!
Bless them.
Poor buggers.

I just wanted to say this:

(as someone getting on a bit and having done the tiny children, can’t even go for a poo on your own, still singing along with Iggle Piggle  long after the child on your lap has fallen asleep, bit –
25 years ago)

That is NORMAL
It’s OK
Don’t BEAT YOURSELF UP about it
It will get better when the little ones are bigger and you get your head back.

Exercise can fix it.
Even though it might be the last thing on your mind.

It doesn’t need to be beasting yourself at the gym.  Best to start with a brisk walk to the shop and back anyway.

Yes, you might be knackered and your legs will hurt to start with.

Counter-intuitive.  MORE ENERGY SPENT???  When the last of your spare energy seems to have been delivered with the placenta.

which sounded a bit preachy and selly but it wasn’t meant to be.

I have just seen it over and over.

Womens ‘sexytime’ organ is the brain.
You can’t expect him to know that.
His is about 3 feet lower.

it’s all interlinked – you can’t take one of those out of the equation because it won’t work long term.

Check out our fabulous Freebie page, we have things to make you feel better: Mind, Mood, Body & Food 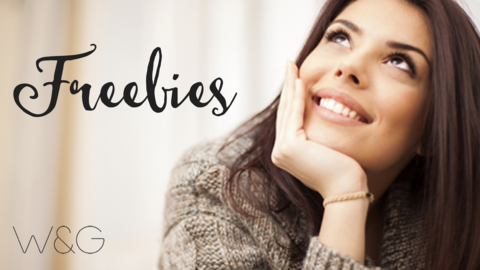