I  spent a rather pleasant but blustery afternoon with child #3 at our local school Summer Fair.
Between the 3 of them, they have been to 5 schools (which I have just realised looks very bad on paper) so I have pretty decent overview of how these events go.
Before I go on, let’s just look at the fact that during their school years, the children have attended fetes, fairs, fayres, final flings and extravaganzas.  They are all the same thing.
Fayre just looks a bit fancier but researching the etymology….it is doubtful that they were ever called precisely that. However it is reassuringly Olde Englysh looking, like toothsome vicars, ducks on the village green and the haughty yet happy facial expression of a well-heeled 40-something shopping in Waitrose.
I digress.
For the year r mum preparing for their first Fayre I thought I would give you a little pocket guide.
Mum’s First Fayre 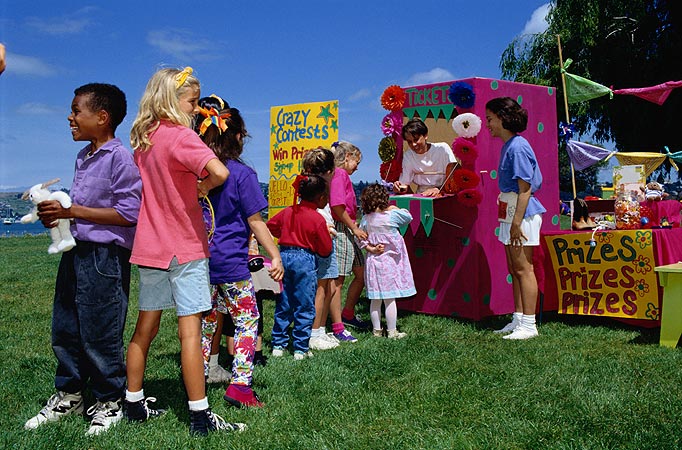 iv. To the children: to eat so much candy floss/sweets/cakes/popcorn/lollies/ice cream that they reach near diabetic levels of sugar rush (ideally temporary blindness), and go on the bouncy castle.

i. Clipboard Mum.
Before having Emily, Sebastian and Harriet (3,4 and 6) mum was Promotions Executive in Windsor. The event simply could not happen without Clipboard Mum, her skills of delegation, persuasion and Microphone work in the raffle are second to none.  (the Fayre does take a lot out of her, but she does it for the community….)
ii. Tired Stall Manning Mum (TSMM)
Tired Stall Manning Mum hasn’t slept more than 4 hours straight for 2 years.  She has several (lost track of exact number…i want to say 4) loud but essentially well-mannered children, all of whom can do the “MUmumumumumumumumumumumumum” leg tug for over a minute on one breath.
The reason TSMM is manning the bottle tombola all day, is because of the skills of clipboard mum. She was too tired to say no. Even though her husband is at The football.
iii. Over Done Up Mum (ODUM)
Over done up mum could be seen as ‘having it all’; fancy shmancy  handbag and shoes, 3d eyebrows, iPhone, power suit, killer, seen from space’ lipstick.
While the rest of us wear whatever was closest on the bedroom floor, and use baby wipes in the car to neaten up yesterday’s mascara.
(I am taking a punt on that not just being me)
Despite appearnaces to the contrary, a closer inspection of ODUM reveals she not actually checking-in on FB, and being disinterested in this ghastly ‘event’.
She is actually making sure the shopping comes on Monday, and sending some get-well flowers to an unwell relative during one of the very few chances she gets to do this kind of thing.
Although it is possible she just hates it and is on level 143 of Candy Crush Saga.
iv. Competitive Dad.
Ok I am not being mean. Well… cheeky, but not mean.
I speak to SO many mums that would be blown away by their husband coming along to the Fayre/Fair/Fete at all!
Let alone actually enjoying it.
So can I just send a shout-out to F/F/F-going dads to salute you, administer high fives and thank you for ditching the rugby.
Enthusiasm is great!
I am all about enthusiasm.
But at the extreme end of the F/F/F goer dads are the small number who take the games and challenges very seriously.
To the point of injuring themselves.
I will say no more, but gently offer… Getting that coconut off the shy with Andy Murray’s speed of serve is not worth a month of slipped disc.
(although you WERE awesome, we did see)
v. The other 95% of us. (the 95%ers)
The week before the FFF, various things have needed to be assembled/made.
Tat features large.
Plastic tat largest of all.
You may need to fill decorated jam jars with it, donate it, swap it for non-uniform days, wrap it for the lucky dip….
But mostly, you will trudge around the playground, having bought increasingly Buck-a-Roo style armfuls of slightly different coloured, but otherwise identical tat, to the tat that you donated.
And you will spend £20.
That’s just a fact.
I have checked with everyone and that is how much you spend.
There was a private school I read about a couple of years ago.
The head said: “look, we normally hold 3-4 fundraising events per year…we need you to get involved to make them work.
Would you like to all donate £50 at the start of the year, so we don’t need to bother and can concentrate on the learning.”
I fleetingly stopped to think about this.
I bet you did.
It is a logical solution Dr/Mr Spock.
But maybe that is another way to organise the memory making opportunities out of life.
Like holding up your iPhone to film sports day…and not seeing it with your eyes.
Or sending e-cards rather than handwritten messages in real ones.
The school Fayre is one of the last of our quintessentially English, unpretentious, held up with Sellotape and trestle tables, hair in the cupcake, get stuck in get together things that families yearn for in the sanitised, branded world of today.
A simple community celebration, to do with people and effort.
Who cares really how much money was made?
Whether the tombola stuck?

The PA system screeched and made the toddlers cry.

What matters is that everyone turns up.

And do you know what? They are FUN.
Simple sociable fun, which justify their existence without any of the other good side-effects.
Make sure you turn up, help if you can, give generously if you can…
But go along and take part.
School fayres are wonderful!
And when they are sunny, you can relax on a blanket with a small cheeky glass of something with other families and watch your children being children with their friends… Whilst they empty your bag of around £20.
(That’s each) 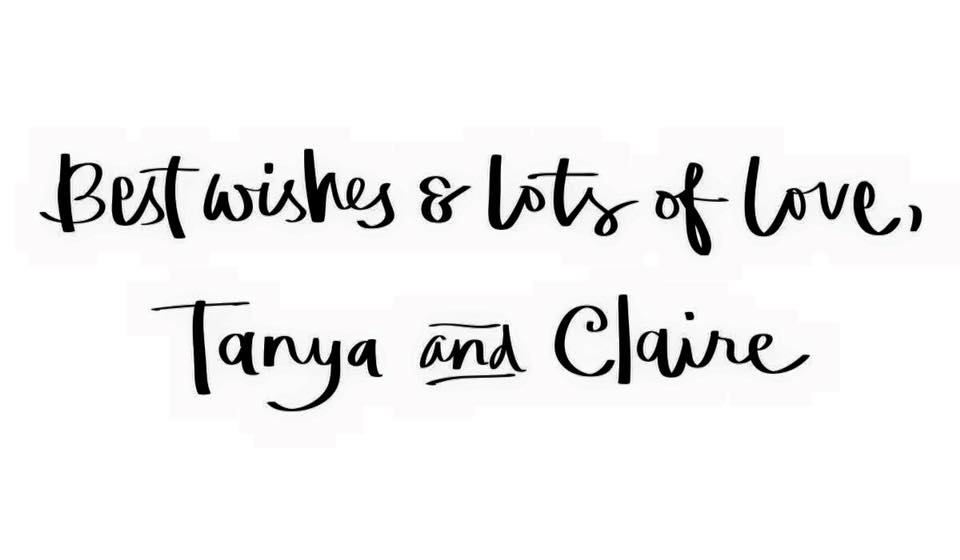